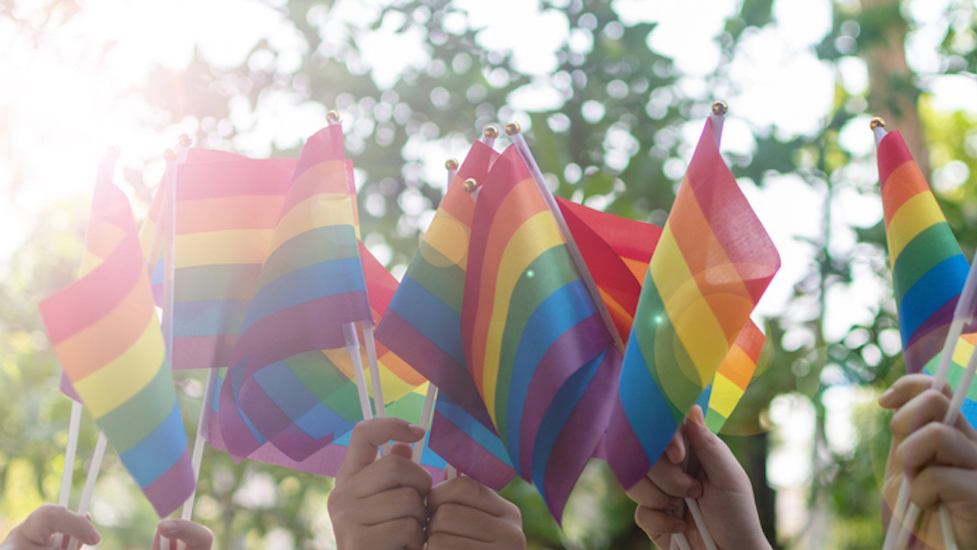 7 celebrities that have supported the LGBTQ+ movement

In recent years, lots of famous names have publicised that they're﻿ a part of the LGBTQ+ community whilst others have also voiced their support of the movement.﻿

﻿These celebs have helped to pave the way for ﻿the LGBTQ+ community to grow and fight for equality. The increase in awareness for the LGBTQ+ community and what it stands for has also allowed others to come forward, express themselves and be proud of who they are!﻿

﻿So let's take a look at the people that have supported the LGBTQ+ community...

﻿Miley Cyrus has supported LGBTQ+ rights for a number of years. In 2011, she wrote a piece for Glamour magazine in which she argued that same-sex marriages being illegal was no different to sitting at the back of the bus because of your skin colour.

In 2015, the pop star founded the Happy Hippie Foundation with the objective to fight injustice facing LGBTQ+ youth, homeless youth and vulnerable groups. They're now into their sixth year of helping these people!

In addition ﻿to voicing her support for LGBT at events, on stage and in interviews, the 34-year-old also launched the Born This Way Foundation almost a decade ago. The foundation was set up as an anti-bullying non-profit organisation and was named after her popular track.

Along with the foundation, Gaga has released a book called "Channel Kindness" which features stories from young people who have suffered from bullying and have found their inner strength to overcome it. The storytellers have created a safe space for LGBTQ+ youth ﻿to share stories so that others know that they're not alone.

﻿The 28-year-old American actor, famous for his roles in "We Need to Talk About Kevin" and "The Perks of Being a Wallflower" has challenged gender roles in fashion at film premieres, and also spoke openly about exploring polyamorous relationships.

Miller also said in an interview with GQ back in 2018 that his gender identity is fluid and that he is also comfortable with all the pronouns. ﻿

﻿Cara Delevingne has said﻿ that discovering and learning about gender fluidity was a "breakthrough moment" for the model, allowing her to identify as gender fluid and to not be put in people's boxes.

To honour the LGBTQ+ community,﻿ the ﻿28-year-old closed Burberry's 2018 London Fashion Week﻿ by donning a rainbow flag﻿. She was also awarded with a Trevor Project award in 2020 to recognise her LGBT+ work.

﻿Back in 2019, musician Sam Smith announced on Instagram that they were changing their pronouns to they/them, allowing them to feel more comfortable in what people referred to them as. This raised a lot of awareness for gender fluidity and by announcing the news it inspired others to come forward to share how they feel in themselves. ﻿

﻿The 22-year-old American actress famous for the Hunger Games came out as bisexual in 2016, and then gay in 2018. In an interview with Seventeen Magazine, Stenberg said: "Gender and sexuality are so fluid - it's okay to change your mind a million times and figure out what works for you."

In the last few years she has been publicly exploring a range of issues such as gender, sexuality and mental health and has been lauded for her activism in the LGBTQ+ space, winning the HRC Visibility Award.

﻿MNEK, a queer black accomplished songwriter and musician, is paving the way in the LGBTQ+ community.﻿ In 2019 MNEK hosted a LGBTQ+ singer-songwriter camp in association with Pride In Music where emerging LGBT singer-songwriters could come to feel safe and create music with no judgement. Aiming to break down the barriers in the music industry for the next generation of queer Black British creators.

﻿These are just some of the many amazing people that have supported LGBTQ+ rights!

How Are You Really Feeling? Let’s Talk About Mental Health