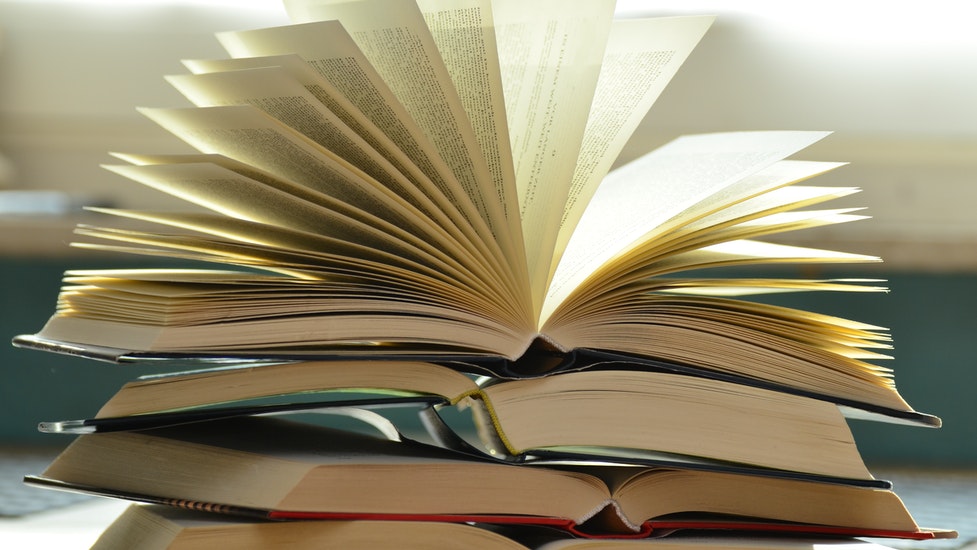 Until recently, I do not think I can actually remember the last time I actually sat down to read a book [and finish it]. I would like to put the blame on university work but honestly, that would be a lie. It is completely normal, quite easy in fact, for even the biggest book lovers to want to take a break from reading to make time for other things in their life.

Many of you may or may not have read these, you may also disagree with my choices. That is OK, you can just put your books into our reading list, and I can have a read ;)

1. Kafka on the Shore - Haruki Murakami

"Sometimes fate is like a small sandstorm that keeps changing directions…”﻿

﻿A 15-year-old runaway, a cat-whisperer who switches between first-and third-person speech, and an eerie WW2 event that sounds nothing less than the beginning of an apocalypse [if anyone has read Michael Grant’s Gone series, basically instead of over 16s disappearing, middle school children just suddenly become unconscious whilst picking mushrooms and leave the teacher a suspect].

Although there are no flying snakes, we do have a reality where it does rain fish. Haruki Murakami is one of those writers who write very simply. Sometimes too simple that you get confused. This here is a story with two perspectives, one that constantly compares between opposites: “Light and dark. Hope and despair. Trust and loneliness”. ﻿

The world of his books is not one that is simply described as easy to read. Simple? Sure. Exciting? Definitely. Confusing? Absolutely.

2. The ones who walk away from Omelas – Ursula K Le Guin

The very first I read of this genre. The book wholly focuses on the concept of Utilitarianism- “an action is right in so far as it promotes the greatest happiness for the greatest number of people”. It is a moral dilemma at its finest. Le Guin writes about a small utopian town, Omelas, whose happiness depends on the suffering of a young innocent child. It urges us to think of our definition of right and wrong and what makes them so. It appears this is what those who walked away may have pondered upon. And where they went, it is unknown.

3. Out of the blue – Simon Armitage

OK, this one is not a book, but a poem. A beautifully written story from the perspective of the “falling man in a white shirt” who captured the hearts of many during the attack on the twin towers in 2001. Even if you do not like poems, I guarantee that this one will tug at your heartstrings.

If I were to describe this book in one sentence – it does exactly what it was written to do.

This book focuses on the events surrounding the Gwangju uprising in South Korea, 1980. It starts off with a second person perspective and changes throughout each chapter. It puts the reader, You, at the centre of the story. You in chapter one as, a young boy in search of his friend during the uprising. You as a young boy who was one out of the many others who lost their lives. You as the person writing about the happenings of the uprising. This book allows us to live the experiences of the different characters.

In ways that are nothing less than extraordinary, the writer describes ugly events in a beautiful manner. No sugar-coating but described exactly as it was, gore and all. It gets to a point where we may want to drop the book because the acts are gruesome, but we are reminded that these events really did happen.

5. If nobody speaks of remarkable things – Jon McGregor

I thought a lot about this one, to be honest as I was not sure if I should have added it or not. I will let you decide on your own if you do decide to give it a read. It focuses on nameless characters living on a street who we get to know by their house numbers, and what they do. We get to know the “boy who lives at number 18”, the “little boy on the bicycle” and so on. It doesn't have a plot and the writing style is unconventional but that is what drew me to it.

It is a very descriptive note of finding something remarkable in the mundane. It makes us realise that there are many things we see as normal but are special in their own ways. Before lockdown, it was normal to be﻿ at a party with friends and family, now… it is illegal! Until we can no longer do simple things, we do not realise how special they are. If no one speaks of remarkable things, the world would be a very empty place.

T﻿hat is all I have for now everyone. Remember to share your recommendations below! ﻿Until next time, repose and rest

QMStudentEsther Hi all, I am an undergraduate student who likes all kinds music and hopes to share that with you all :)
View All Posts

Esther's Blog: Studying when I have ZERO motivation

When should I come to the UK? What happens to my Student visa if I come later?

10 easy tips for improving your finances in 2021
Popular

Esther's Blog: Studying when I have ZERO motivation

When should I come to the UK? What happens to my Student visa if I come later?